Because it could change a life: Marfan Syndrome

Marfan Syndrome awareness month is upon us again!

If you’ve followed my blogs in the past, you’re probably thinking “here we go again; she’s talking about Marfan Syndrome AGAIN” however raising awareness is of paramount importance to me & others who may not even know it yet. I will take any opportunity that I can and run with it.

For those who don’t know, Marfan Syndrome is a connective tissue disorder. Connective tissue is known as the glue that holds the body together, but in Marfan Syndrome, the “glue” is faulty, causing various problems throughout the body. The skeleton, eyes, heart, nervous system and blood vessels are most commonly affected. The condition cannot be cured, and the widespread symptoms can’t all be treated, only managed.

Marfan Syndrome is usually passed from parent to child as it is a genetic condition, although some people (like me) are the first in their family to develop the syndrome. When this happens, it’s called a spontaneous mutation, meaning there is no family link or inheritance pattern. But if I were to go on and have a child, there would be a 50% chance of me passing it on.

Marfan Syndrome is relatively rare, affecting only around 1 in every 5000 people. The symptoms tend to vary widely between people; some are affected only mildly while others suffer more severely. Unfortunately, the condition isn’t always diagnosed in childhood as the symptoms sometimes only progress as we grow up and our bodies age. In most cases, a diagnosis of Marfan Syndrome is made based on a thorough physical examination and a detailed of medical history. There are genetic tests available to confirm the diagnosis in those whose physical presentation is not clear-cut.

As Marfan Syndrome affects many different body parts, someone living with it will often be treated by a number of different medical professionals, including a cardiologist, a GP/PCP and maybe an ophthalmologist. They may also see a physiotherapist, neurologist, pain specialist or orthopaedic surgeon. People living with Marfan Syndrome need to be closely monitored throughout their lives so that any problems can be detected early and treated or managed. Marfan Syndrome doesn’t discriminate and men and women from all ethnic backgrounds are affected equally.

Marfan syndrome is named after Antoine Marfan, the French doctor who first described the disorder in 1896. Just a few decades ago, most people with the condition didn’t live past 40 years old, but thankfully we’ve come a long way since then, and now Marfan Syndrome patients have about the same life span as everyone else, providing they get diagnosed early and receive adequate medical care.

If you suspect that you or someone you know may have Marfan Syndrome, please check out the linked “signs of Marfan Syndrome” provided by the Marfan Foundation and speak to your General Practitioner or Primary Care Physician. 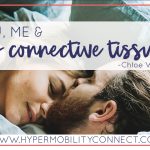 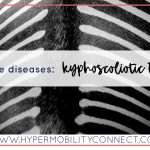