Timing is important. While you’re busy doing something else; when you’re about to get on a 12-hour flight; when your head is full of other noise… not the best times to ask the extremely important question, R U OK? Otherwise, you might have a “did that just come out of your mouth?” moment and you do not want one of those!

There is nothing worse than being in a place of struggle, whether that’s due to stress, grief, anxiety, a break-up, or depression, and for someone to half-heartedly ask how you are, and not even listen for the reply. It almost makes the pain you’re experiencing feel worse. In many ways, timing is everything.

Location is important too. Having a breakdown in the middle of your favourite restaurant is probably not on the top of your bucket list right? It’s probably not on your friend’s either, (unless they’re like me and cry at the drop a hat and are so used to crying publicly it makes no difference anymore!). A quiet, private place, like your couch or their’s, is probably more appropriate than a bar, a pub, a restaurant or even the local shopping centre. People need to feel safe to open up about their feelings. Their environment and whether others are watching them plays a big part in that feeling of safety.

More than timing and location combined, the clincher in my experience has always been what comes out of the listener’s mouth. A big part of asking “Are you OK?” is being ready to listen… and often that’s all people need or want. However, at some point, the listener always opens their mouth to say something… and it’s so important that we educate people on what to say and what not to say.

There are only a couple of terrible things you could say to someone that would make things seriously worse; they are along the lines of “f” “” “”. Now if you’re the kind of person who just genuinely asked your mate if they’re OK, I don’t think those phrases are going to be on the tip of your tongue, are they?

Look, over the years, I have heard the most well-meaning people say hideous things to people in times of crisis or great distress. They were meaning no harm, but they didn’t understand the impact their words could possibly have on the person who had just divulged their deepest or darkest secrets.

Some do not say ideas:

If you’re not feeling confident about what to say in response, stick to the standard “I’m sorry things have been so hard for you. Thank you so much for trusting me enough to tell me about this. What can I do to help?”

You know what can’t be? Suicide. Someone taking their life because no one in their life checked in with them, knew what was going on, knew how hard things were for them, or asked them if they were OK, that’s not repairable, rephrase-able or able to be re-communicated in any other way than “my friend died by suicide, could asking them if they were OK have made a difference?” This is not meant to be a guilt trip, gosh, not at all. But it is PURE REALITY. On average eight (8) Australian’s die every single day from suicide. 65,000 Aussies a year attempt to take their life. This is serious.

Please take some time to educate yourself about the warning signs for suicide, the signs of depression and other mental illnesses, to understand grief when someone around you is grieving. Without knowledge, we don’t know how to respond and help those around us.

And just remember, when you do ask someone if they’re OK, and you have a conversation, pop a note in your diary to follow up with them, maybe in a few weeks, or if they’re really struggling much sooner. While having someone to listen and “unload” to can be helpful, knowing someone cares enough to follow up builds true connection… and connection is a protective factor that we all need for good mental health.

We don’t want people to get to the point of contemplating suicide or struggling along on their own. Let’s ask people, EVERY DAY… R U OK? 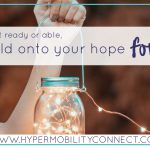 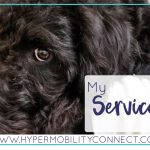