Excuses. We all make them, whether to ourselves or publicly, myself included. We’ve all heard some really bad ones. And we’ve heard some good ones, so good in fact, that we weren’t sure if they were true or not! 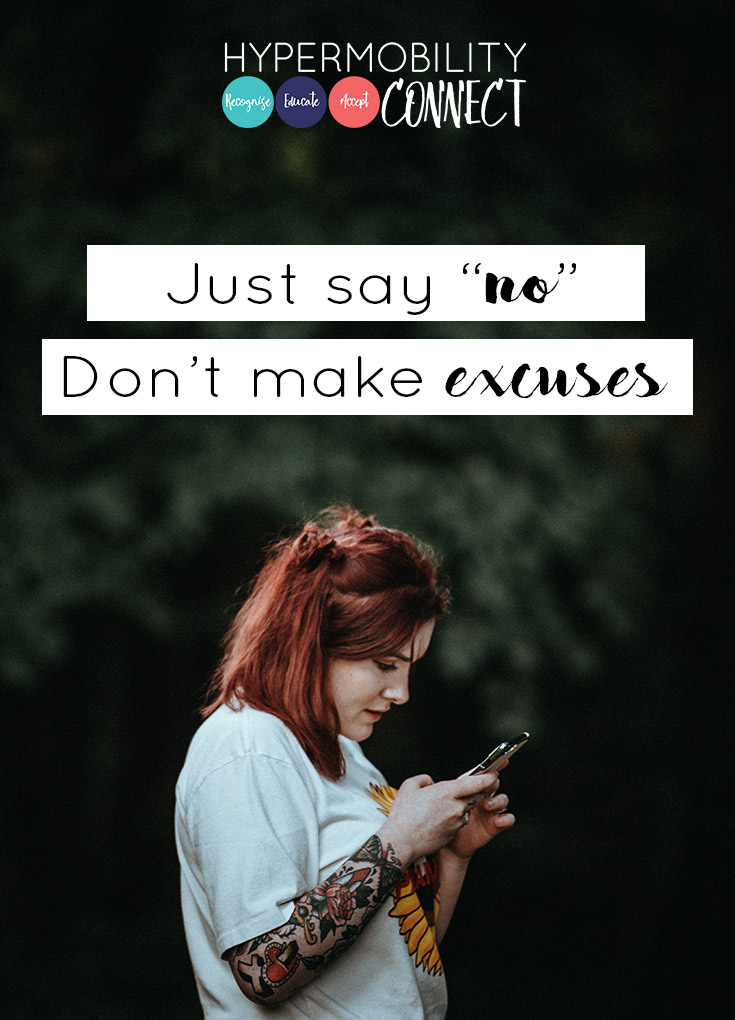 The most powerful thing I have learned in recent years is this: “”No” is a complete sentence”. It doesn’t need any qualifying words.

People often feel rude when they just say “no”, without giving any kind of reason; and when we’re on the receiving end of a simple “no”, we’re not quite sure how to take it. It takes practice.

But the reality is, we don’t have to give a reason for our “no”; we don’t have to defend ourselves to anyone. And by we, I mean any adult, not just those of us with hypermobility conditions.

When I was 13-15, I spent a lot of time sitting on the sidelines during PE class at school because I’d had knee surgeries on dislocating patellas. Almost invariably, another kid would also be sitting out because they “had a headache”, code for ‘I really just don’t want to participate’ and came up with some lame excuse that the teacher bought….

I secretly wanted to beat the cr*p out of that kid. OK, maybe not beat them up, but definitely slap some sense into them. I wanted to scream from the rooftops “Do PE while you can. Run. Jump. Throw a ball. Stop making excuses, because one day your ability to do things may be taken away from you and then you will be crying to have the chance again”.

Just like in “the boy who cried wolf”, where his cries for help lost their impact, and he lost credibility, it can happen to us too if we are always making up excuses for things. I know when I hear someone using the same excuse over and over again, I tend to think “oh yes, of course, you can’t do it because of X”, it becomes almost predictable.

I don’t believe we want our behaviour to be predictable, do we? Don’t we want people to realise that we assess every situation and every invitation on its own merit, and on the current state of our condition? I know I don’t want anyone thinking “Michelle will say no because of her hypermobility”.

And that is for these reasons:

And it adds to the perception that people with chronic illnesses use their condition to get out of doing things. 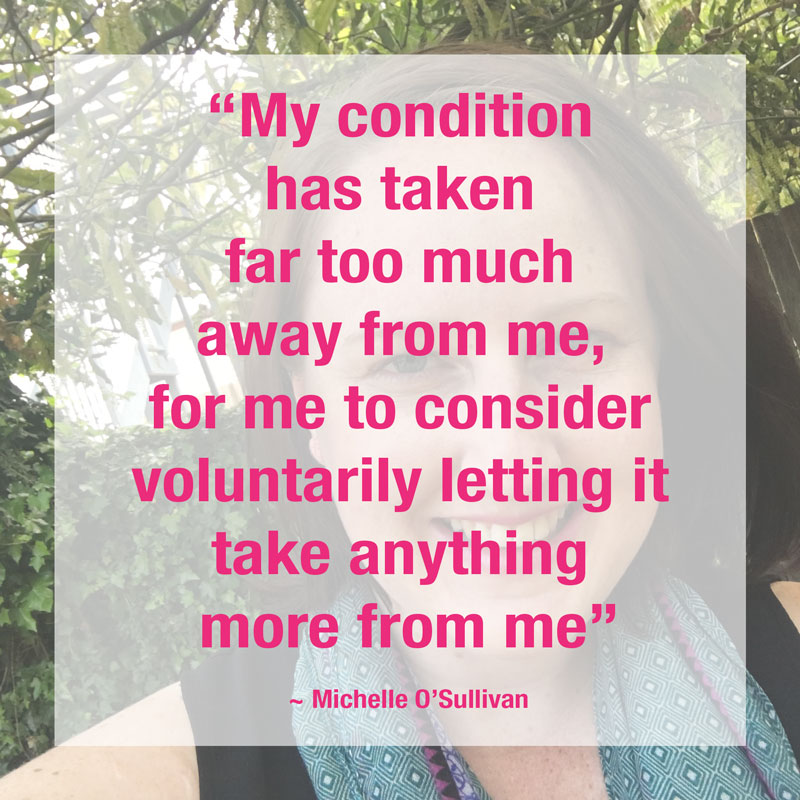 If I’m genuinely unable to attend something that I wanted to attend because I am sick, or in pain, or can’t get out of bed, then I will tell it as it is. I give you permission to slap me if you ever hear me saying I can’t or I won’t do something because of my hypermobility if that is a load of BS.

Will you make that commitment with me?

If you have to, try “No, I have other plans” or “No, I’m unable to do that”….. but don’t say “No, I can’t do that because of my hypermobility condition” if that is not genuinely the case (maybe you just don’t want to!). And even if you don’t mind making excuses, do us a favour and think of the rest of the hypermobility community who already have to battle against people thinking those with invisible illnesses are a bunch of complainers, or worse hypochondriacs, or … just making up excuses to get out of things.

Leave us a comment if you’re going to commit to this! 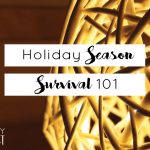 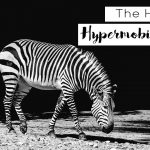