Finally getting a diagnosis 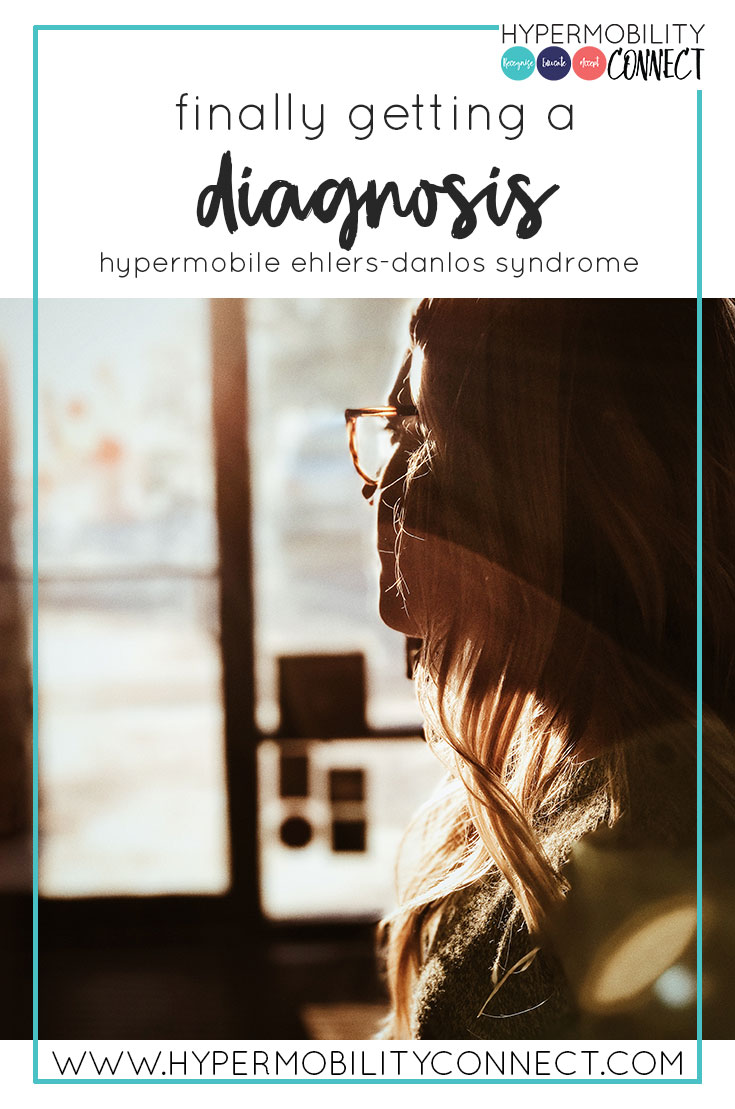 When you happen to stumble upon the right medical professional who finally starts listening and joining the dots between your symptoms, you feel, quite literally, like a miracle has happened. Click To Tweet

I’m 44 and live in the UK. I finally received a diagnosis of Hypermobile Ehlers-Danlos Syndrome in November 2017.

My journey to finally getting a diagnosis began back in July 2015, when I visited my GP to report unintentional weight loss, some circulatory issues and a general feeling of being “just not right”. A series of blood tests led me to a Rheumatologist in September and, telling me that I had “Benign Hypermobility” (eye roll!), he merrily sent me on my way.

In July 2016, I returned to my Rheumatologist, who found a Morton’s Neuroma in one foot. Next stop, a Foot & Ankle Surgeon, who declared the Neuroma to be asymptomatic and preferred genetic osteoarthritis as a diagnosis. I was then told after inconclusive x-rays, “Let’s try steroid injections into your feet”. That hurt very much for a week post-injections, the pain reduced for a month, but then it was back.

My gait then became unsteady and unbalanced, so I was referred to a Physiotherapist and Podiatrist for biomechanical assessment and gait analysis. The Physiotherapist gave me 9/9 on the Beighton Scale, with poor proprioception and muscle strength. She took the time to ask me if I was experiencing any other symptoms which may help her get to know me a bit better. I told her about my brain fog. And about my what-I-think-is anxiety. And my breathlessness. And my palpitations. She mentioned a Connective Tissue Disorder.

The Podiatrist also listened to my comprehensive list of symptoms, past and present and BINGO! I appeared to have hit the jackpot. This wonderful woman happened to be part of a management team at The Hypermobility Unit up in London and pointed me in the direction of a specialist who she believed could help me to find out what has been going on for the past two years of being passed from pillar to post and getting absolutely nowhere. She told me that my what-I-think-is anxiety might be caused by my Autonomic Nervous System being faulty (dysautonomia).

Finally, in July 2017, I saw said Specialist and was diagnosed with ‘probable Hypermobility Spectrum Disorder’, but due to some clinical signs, I am referred to see a Geneticist to rule out Vascular Ehlers-Danlos Syndrome. And also a Clinical Psychologist for an eight-session Pain Management Course.

After a comprehensive examination, the Geneticist agreed to a full genetic blood screening. The 12 weeks wait was agonising. My husband had to tell me to stop Googling, as I was becoming increasingly worried about the results, and my future.

Finally, the day arrives. Back up to London I go, and the news is good; various things have been ruled out, and I finally have a firm diagnosis of Hypermobile Ehlers-Danlos Syndrome. (The screening also threw up an incidental finding, a variation of unknown significance on the Notch 1 gene. It is so rare that nobody knows what this mutation means).

But my journey doesn’t end there. I’ve now collected a Cardiologist, (it’s becoming like Medical Specialist Top Trumps at this point…) who went on to tell me that my ECG shows aortic root dilation, Mitral Valve Prolapse (MVP) and regurgitation.

He wants to check my children. I was getting to grips with sorting my own health out, but it’s a whole different ballgame when your children are now called into the frame.

I’ll save the whole ‘Discovering My Genes’ story for another time. This blog is intended to highlight the difficulties many of us face in actually getting a diagnosis. And the correct one, at that.

Earlier diagnosis could have saved much time, anguish and frustration. If there were more awareness within the general medical community, I would not have been misdiagnosed and medicated twice in my life. I could have been helping myself if I had known what to do to keep myself as strong as possible. And I wouldn’t have stayed quiet, believing it might all have been in my head.

Earlier diagnosis could have saved much time, anguish and frustration. If there were more awareness within the general medical community, I would not have been misdiagnosed and medicated twice in my life Click To Tweet

I’ve come through a grieving process. I feel like I lost a part of myself for a while. I didn’t want a “sick” identity. I didn’t want to feel needy, and with the help of some Cognitive Behavioural Therapy (CBT), I’m learning acceptance, to be kinder to myself, to pace my activities, to schedule in rest, to know that it’s OK to give this diagnosis the time and patience it deserves.

And to give ME the time and patience I deserve.

What was your journey to diagnosis like? Similar? Let us know in the comments below!

I’m Liz. I’m a 44-year-old Mum to two daughters, my gorgeous Flatcoated Retriever and wife to a frequently travelling husband. I’m British and live in Surrey, England. I was diagnosed with Hypermobile Ehlers-Danlos Syndrome in November 2017 after seeing various ‘confused’ practitioners and being given a couple of misdiagnoses.

I also suffer from Dysautonomia. Getting my diagnosis brought with it an array of feelings and emotions but explained many ‘symptoms’ that I had been experiencing my whole life. I’m in a good, positive place right now and am happy to be here to share my experiences with you. 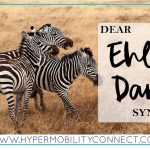