Finding your way to keep moving forward with Hypermobility

Hypermobile Ehlers-Danlos Syndrome a genetic condition, it is in our DNA, and it’s NOT CURABLE! I have written that in capitals because it’s a concept that’s hard to grasp. Take it from me, ‘grasping’ is not something I do well physically at the best of times.

After finally getting a diagnosis at 30 years old and then realising there is no cure – well that’s just a rollercoaster of emotions right there. Like grasping, rollercoasters are also something I don’t do well.

Honestly, I think it would be harder to accept for someone who hasn’t had issues all of their life, or someone whose symptoms worsened dramatically or suddenly. I can imagine that they’d be itching to get back to how they were ‘before’.

For me, I’ve had gut issues, ankles that constantly sprain, muscle pain, fatigue, and hip issues since I was young and they seem to be increasing as I age; the pain and discomfort have always been there. So after I’d ridden out that first rollercoaster, I pretty much continued in the same way – which was to manage as best I could.

Throughout the years before being diagnosed, I visited physiotherapists regularly for various things. I had also tried chiropractors, osteopaths and massage therapists, but I found physio to work best for me – perhaps because they often gave exercises and I liked having a plan to improve after the appointment had ended. I changed physios a few times because of moving house but also because I would feel like the relationship with them would stagnate. Some people might baulk at the term ‘relationship’ in context to a physio, but when you spend more time with them than you do your closest friend, what else is it?

This stagnated feeling would creep in slowly as the physio would get more frustrated that their therapy wasn’t working on me. I had a completely different view: that it was working on that body part, but there was now another part having its turn to cause instability and invariably more pain.

I would become defensive because I would perceive that they couldn’t believe someone would have so many unexplained injuries. I honestly wasn’t visiting them just for their personality; I’d much rather be visiting friends! I knew that although we would be getting one joint more stable, that another was already becoming loose and problematic and I’d need to see them the following week.

However, like many with frequent joint issues, I felt like a hypochondriac for making another appointment straight away so I would wait until the problem was worse, call and then have to wait until the next available appointment which was generally another week or two away. This was a constant, unhealthy cycle we’d go through, mentally and physically. Eventually, the therapeutic relationship would end, and honestly, I think the physio was often relieved.

Fast forward to my diagnosis and a new physio that would save me an hours return drive for each appointment. Even with my brain being around the fact that nothing would ‘fix’ me, I noticed we would start down a similar path of frustration, and I would have a moment of panic. I tried to consider it from their point of view and came up with the possibility that medical professionals, in general, are not used to managing conditions; they want to heal them!

I had to come to an understanding with my diagnoses and what that meant for me, so I needed the medical professionals in my life to as well.

As I was thinking about the best way to approach this, I came across a great article written for people with EDS about the importance of surrounding ourselves with a good management team. In a moment of brilliance, if I do say so myself, I emailed the article to my physio with a short message:

‘Thank you for being a part of my management team, I really appreciate all that you do’.

It’s been 9 years into our ‘relationship’ now, and my children have (unfortunately) also come into the therapy fold. I’ve built our management team up with other specialists and medical professions as, and when needed, but for ongoing well-being, our physio and our acupuncturist help us manage our health.

I honestly wish we could be “fixed”, but since that’s not possible, I’m grateful to have a team who provide the cornerstone to living our daily lives as well as we can.

Which professionals are the mainstay of your treatment team? Share with us in the comments!

My name is Caitlin and I was diagnosed with Hypermobile Ehlers-Danlos Syndrome 8 years ago at 30 years old. I live with my two children who also have hEDS and my husband who does his best to help hold us all together, figuratively and literally at times.

I work part time, mostly to fund the many medical appointments that we need, some for emergencies and others for management needed every week. I’ve spent many years building our management team, and I’m now at a point where I have trusted professionals to help us in most of the areas of our health. 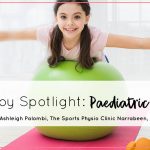 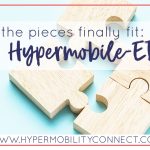