By Michelle O'Sullivan (Occ. Therapist)
Posted May 30, 2016
In Disability, Emotional Impacts, Teens
High School with Undiagnosed Hypermobility2016-05-302018-04-29https://www.hypermobilityconnect.com/wp-content/uploads/2018/04/new-logo-hc2017.pngHypermobility Connecthttps://www.hypermobilityconnect.com/wp-content/uploads/2018/04/high-school-with-undiagnosed-hypermobility-fb.jpg200px200px
0
0
Let us be honest. I hated high school. It was one of the most miserable times of my life. I was in pain and at that stage a medical mystery, I had undiagnosed hypermobility (which turned out to hEDS). I barely made it through the HSC (final year of school).
There was very little about being a teenager that I wish to remember except this: I made some lifelong friends during that not-so-shiny time of my life. I still see 5 friends from school, over a decade and a half later, two of whom I consider my closest friends. 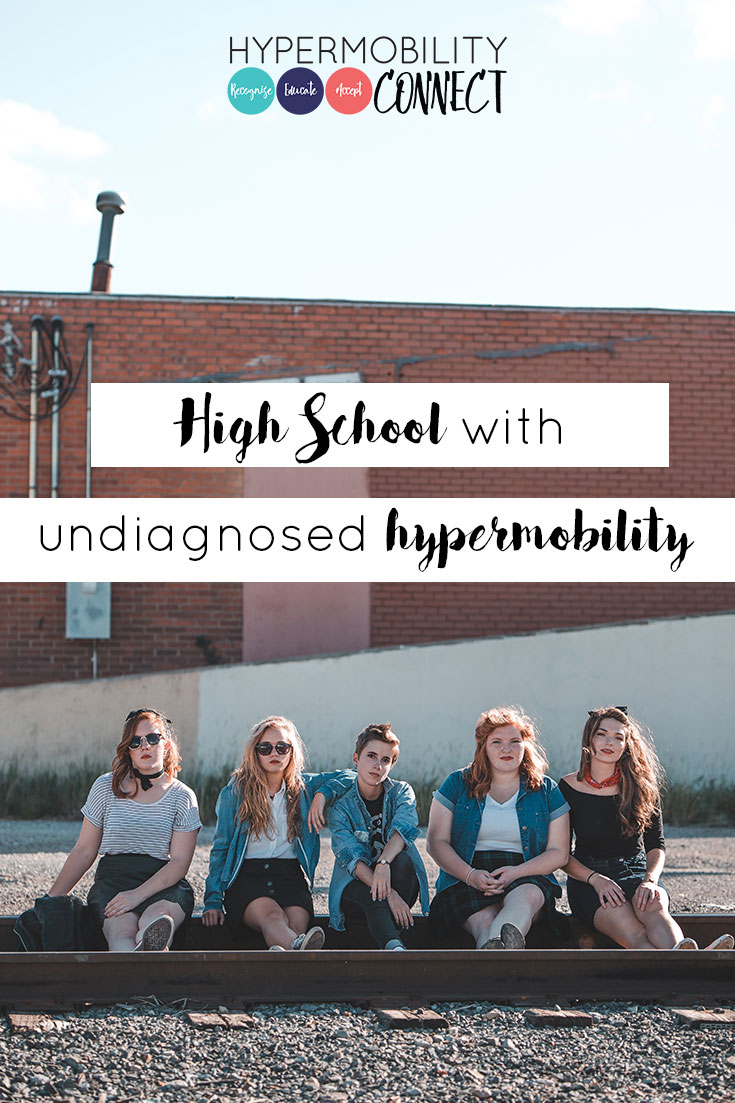 Did they understand what I was going through when we were at school? Not really. How could they? I barely had a clue what was going on. But they did try. Really hard. And most importantly of all, they accepted me despite not understanding; and they supported me through it as much as any adolescent friend can do.   How’d I luck into these friends? I don’t know! All I know is that I really struggled to stay friends with a group of people for very long because let’s face it, teenagers can be nasty. Add a ‘disability’ of some kind into the mix and unfortunately, it doesn’t make for an easy adolescence.   Sometimes I’m embarrassed by the number of friendship circles I went through while at school. I basically friend shopped throughout the whole 6 years of high school. I’m sure my parents had no idea who I was friends with each term because it just kept changing. However, it did serve a really wonderful purpose. I learned a lot about people (well, teenagers) and I also learned who my true friends were. The 5 that I still see are a testament to that. And the two I call my best friends, they were stayers – it didn’t matter which group of friends I was trying out. Our friendships remained and continued to grow, as well.   The friend who I called my “best friend” all through high school and up until this day was, and still is, a real gem. We were in lots of classes together, but we were also in the school band together (yep, band geeks). That meant we spent a little bit of extra time together, we got to go away together, on band camps & tours. And our friendship just grew and grew. She went through her own ‘stuff’ at times during high school and I tried my best to support her and understand what was going on for her at those times. And she reciprocated like any good friend does. I’m betting she didn’t know how much she would be supporting me when we first became friends, but as a testament to her amazing character, we are still besties today.   My other bestie from high school was also in the band – don’t worry, I wasn’t only friends with band geeks. But we also had an odd interest in common for teenagers at an all-girls private school. Football. Rugby league of all things (I shudder in shame now). We were huge fans of our local team; somewhat obsessed I would say. You would see us sitting on the hill at the local oval come rain or sunshine to watch our beloved team play. It was through this shared interest, in addition to the band, that our friendship developed and continues to, until this very day. We talk far less about football now (like, not at all) and more about hippy-universe & philosophical stuff (when she isn’t off exploring the world), but we formed a bond during those years that has lasted. A friendship that has survived almost more years living in different countries than the same one!   For a girl who hated high school, and generally hated life as an adolescent I feel pretty blessed to have come out of that phase with amazing friendships intact.  What’s even cooler I think, is that I’m still good friends with 2 girls I went to primary and high school with. How’s that for longevity!

I have to say, though, when I was 15, I had no idea that I would still be friends with these people 15 years later. The fact that we are is such a blessing!

Neither of these two closest friends knows what it’s like to live in chronic pain. They don’t know what it’s like to be fatigued all the time; to have had countless surgeries. They don’t know what it feels like to be hypermobile. But they do know how to be a friend of someone who knows all those things. They know how to listen; they can empathise – drawing on similar, yet different experiences from their own lives. And they know that more often than not, I don’t want to talk about my ‘disability’ – I want to talk about life.   What I’m getting at here is that friends don’t have to have the same experience of life in order to be supportive, caring, kind and loyal friends.
So if you’re a teenager now and you’re struggling to find friends who you a) actually LIKE and b) are decent, I say keep shopping. You need good friends when you’re at school to get you through the long days and the 6 long years of the same boring routine. And if you’re lucky, you might score some that are willing to stick around for life. I hope you do!
Who is your oldest & truest friend? Tag them and let them know you appreciate them.     SaveSave SaveSave 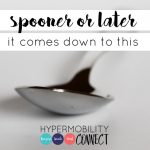 Spooner or Later, it comes down to this…Adults, Chronic Illness, Disability, Pacing, Parents 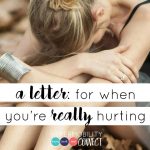