One step forward, two steps back

I am sure that everyone at some point has been able to relate to the phrase, “one step forward, two steps back”. Right?

For those of us with a chronic illness, it can feel like that is exactly how we live life. You get a little better, maybe a new medication starts help, or a long break between flare-ups occurs, then it’s a new issue or a flare of something existing that sets you back to square one.

I am used to this game, and I play it well. I never get too excited anymore when I start feeling better, or something starts working, because I know I’ll be due for my two steps back shortly after. While some might see this is a negative, or pessimistic attitude, for me, it’s acceptance of my reality. Sure, I hope things won’t go the whole two steps back, but history has shown that when there is progress, some regression also follows.

In this particular instance, it was more like one step forward, one feeding tube back. I have Ehlers-Danlos Syndrome which has led to a list of issues but most challenging to deal with right now is the Gastric Dysfunction.

Back in August of 2018 I got my one step forward after a hospital admission led to being on new medication for my gastric dysfunction. The meds did something that is always surprising to those of us with chronic illness…it worked! It was because of this medication that I was able to get my feeding tube removed after having it in place for about 1.5 years.

I have to admit it was a great six months being tube free from October to April of this year. I enjoyed my one step forward and the freedom I had from relying on tube feeds, but now it is time for my two steps back. The medicine had slowly lost its magic touch, and I was back to conversations surrounding G tubes, J Tubes formula, etc.

I recently got another feeding tube, and I quickly settled back into the tube-life I know well. I won’t lie, it has its perks: not being tired all the time from poor nutrition, being able to maintain a healthy weight and it is a heck of a conversation piece, that’s for sure.

While I can acknowledge the benefits, I also would like to spend some time being frustrated and being upset – because that’s how I feel. I really do; I want to kick and scream and curse everything about this disease, but like most chronically ill people, I run out of energy rather quickly. While I want so badly to kick and scream and curse, I realized that it is just more spoons (energy) than I am willing to spend on that particular topic.

So in my search for a positive in all of this, it hit me, now that I’m back to my square one, having taken my two steps back so to speak, I found my silver lining to these most recent two steps backwards… seeing where the next step forward is going to take me!

How do you deal with the one step forward, two steps back game that we seem to be constantly playing? Let us know in the comments below!

Erica Ortiz
Hi, I’m Erica. First and most important to me, I am a Nurse, and I love what I do! Secondly, I have Hypermobile Ehlers-Danlos Syndrome and GI Motility Disorder.
Coming to terms with a chronic illness is tough and life-altering for anyone. Writing helps me process and work through it all, and I hope I can spread the feeling to those reading my blogs that you are not alone in your journey! 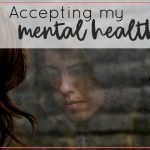 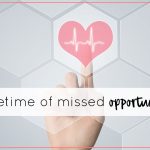