To hide or not to hide? That is the question

Talking about hiding or displaying your condition may seem like a somewhat controversial topic to those who are deeply embedded in the hypermobility / spoonie / zebra / chronic illness communities. However, I think people’s choice to hide or display their condition is an important topic to talk about. The reality is, there are always two sides to every story. And it’s a personal choice. 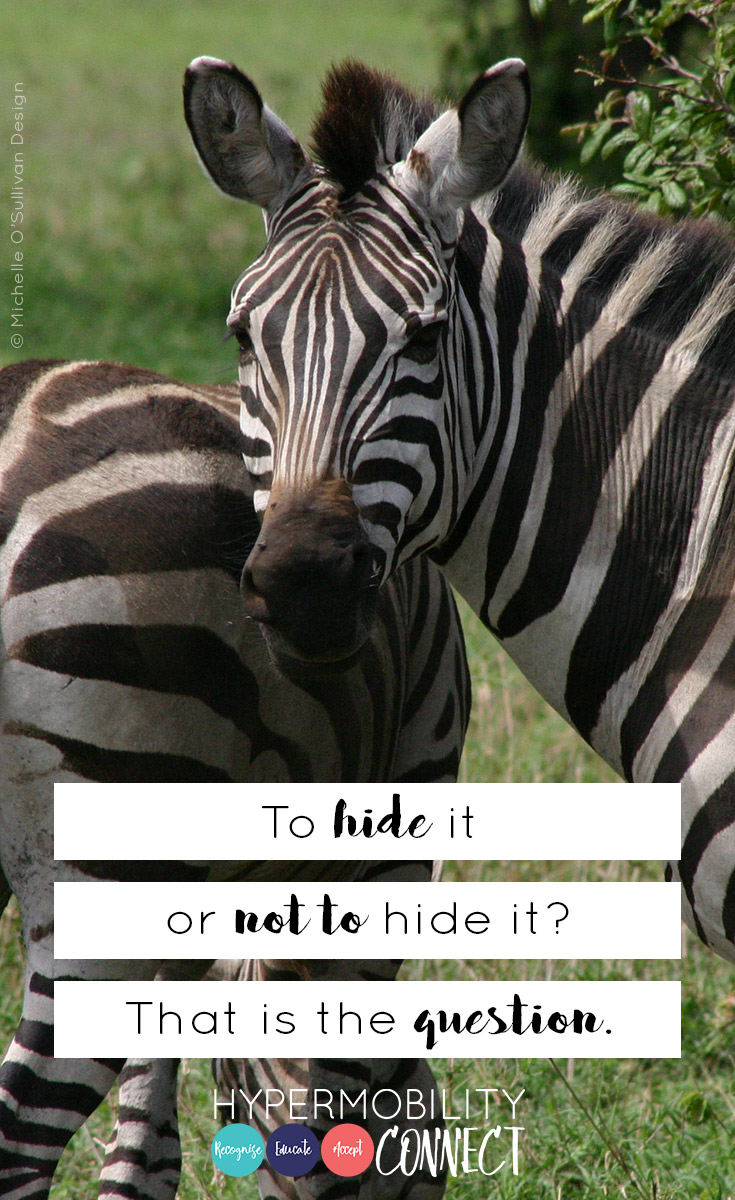 Having now lived with symptoms of my condition for over 20 years, worked with hundreds of families & individuals with hypermobility conditions, and presented at patient conferences both in Australia & the USA, I think I’ve seen a good snapshot of the spectrum of “hide it” to “show it”. I have met individuals decked out in zebra-everything, and I’ve met many people who did their best to conceal the fact that they were wearing a much-needed wrist splint. The ‘show it’ end of the spectrum is of course far more evident on social media where we can see millions of people at the touch of a screen. Just type in #zebra or #ehlersdanlossyndrome.

It’s possible because of the nature of “hide it’s” that you’ve never met one, but trust me, they exist. In fact, I had someone message me the other day and say

“Why would anyone wear a T-shirt with a zebra on it and the words “Ehlers-Danlos Syndrome”? People with diabetes don’t run around in t-shirts saying ‘I’m insulin dependent’ and people with epilepsy don’t wear clothes that say they could have a seizure at any point. So WHAT is the deal?”

I had another person message me after seeing #spooniewarrior in one of our social media posts and asked, “What is a spoonie warrior?” That concept just baffles me”. And, mind you, this was from someone who has lived with her connective tissue disorder for 30 years and is a full-time power-wheelchair user. Despite her condition and the impact it has on her life, she has no inclination to identify with that term. The same goes for #zebra.

So what is the deal? From my perspective, the deal is that initially, people wanted to start raising awareness of these “invisible” conditions and wearing a t-shirt every now and then was probably an OK idea, maybe even clever.

People would probably stop and ask: “What on earth is Ehlers-Danlos Syndrome?”. Perfect! But how did we get from the occasional t-shirt wearing to the wheelchairs, walking sticks and splints/braces covered in zebra print? Phone covers, nail wraps, shoes, clothing, jewellery? What’s that about? The zebra print industry has boomed I’m sure, because of EDS/hypermobility patients!

For those of you who are new to this whole idea of the zebra, here’s your crash course. In med school, doctors are taught “when you hear hoofbeats, think horses, not zebras” i.e. think of the most common reason for the presenting problem, not the rarest and most unlikely. Someone flipped that around in regards to Ehlers-Danlos Syndrome and said: “when you hear hoofbeats, think zebras, not horses”…

It’s a message to the medical community: ‘it looks like a horse, it sounds like a horse, but you are going to have to think outside of the horse paddock to come up with something that explains the odd presentations that can come along with this condition’.

So, the zebra affectionately became the symbol of the EDS community.

Is there a problem with that?

Absolutely not. It’s actually really lovely to see people being able to identify with something that ties them together. It’s become the symbol of community and for many the symbol of belonging to an international group of people who understand what it is like to live with these conditions.

For some people, it has become part of their identity, and that is OK. For many, it may have been the blessing they needed to help them gain a sense of who they are in the midst of all the struggle (as many do struggle with a finding a sense of identity when their health has, necessarily, always been the focus of their lives). If identifying with the #zebra has brought a whole bunch of people into each other’s lives to support one another, then that is great. And to be honest, in the past, I’ve been known to buy the odd zebra item myself if truth be told.

However, I’ve also been on the flip side of the coin, and I’m a bit concerned that there is a massive unarticulated split, (possibly as wide as the Great Rift Valley itself) within this community. There are the people who identify very strongly with the zebra and “the dazzle” if you will. But there are others who don’t.

There are others who couldn’t think of anything worse, than surrounding themselves with visual reminders of the condition they carry with them 24/7.

Others who would rather no-one outside of their immediate circle knows of their condition.

People who would go to great lengths to hide their illness, to try their best to go on living as much of a typical life as possible.

Is there any problem with that?

Absolutely not. We are each responsible for the way we choose to live our lives; we all have free choice.

I simply wanted to highlight that not all of the members of the hypermobility community identify with the zebra. Not all of them want to be in the dazzle, but they are still part of the community; they still need access to information, resources & health care.

Many of them would rather walk the journey with the giraffes and the buffalo.

Does that make them any less affected by this condition? Nope, actually, some of the most severely affected individuals I know choose to walk with the giraffes and buffalo. There are just some people with this condition to whom you couldn’t pay enough money to dress in a zebra outfit for the day. And that’s OK.

Apparently, there are others who would go to the opposite extreme and say you couldn’t pay them enough to part with their zebra striped wheelchairs, blankets, hats, shoes, etc, etc. And that’s OK too. There is nothing wrong here. There is no right and wrong. There is simply two sides of the coin, two parallel groups within our community.

Personally, I lean much further towards the “hide it” side of the coin. Obviously, my story & journey has become somewhat public because of the choices I have made to practice in this area and to start Hypermobility Connect. However, outside of Hypermobility Connect, my life is pretty normal (haha, I don’t think I should use that word).

You won’t see any zebra pictures hanging on my walls; no zebra jewellery or nail art; no bumper sticker on my car. I don’t feel the need to be reminded of my condition from additional sources – my body does that enough on its own.

And the whole community thing – well, Hypermobility Connect is my wider hypermobility community; and I have less than a handful of friends who also have hypermobility. That’s all I need.

That’s MY story. Everyone is so different, everyone needs and desires different things, and that is so much more than okay. It’s necessary.

Our differences are what makes the world what it is. We may all have stripes in this community, but some may be more TIGER than they are ZEBRA. So, as in life, we need to recognise that the other exists, acknowledge them, and validate their experience as being as true as our own.

P.S. Don’t get me wrong, I’m 1000% percent for awareness raising – you’re just not going to see me doing it sporting a zebra t-shirt and matching zebra striped shoes. Not going to happen. It’s just not my M.O. 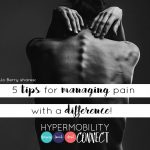 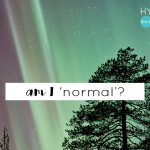