Who’s got your back?

Who’s got your back? International Scoliosis Awareness Day was on June 30 with the theme #gotyourback18. I feel passionate about highlighting this awareness day because I have been personally affected by it since 13 years of age. I’ve previously written (on my blog) about the major surgery I had after being diagnosed with scoliosis as a very young teenager, and I’ve shared my full-length scar, but until recently I’ve never wanted to go as far as sharing the graphic & realistic images of the protruding spinal hardware that I live with every day. Today though, I’m going to do just that. But first I’ll tell you a little bit more about Scoliosis. 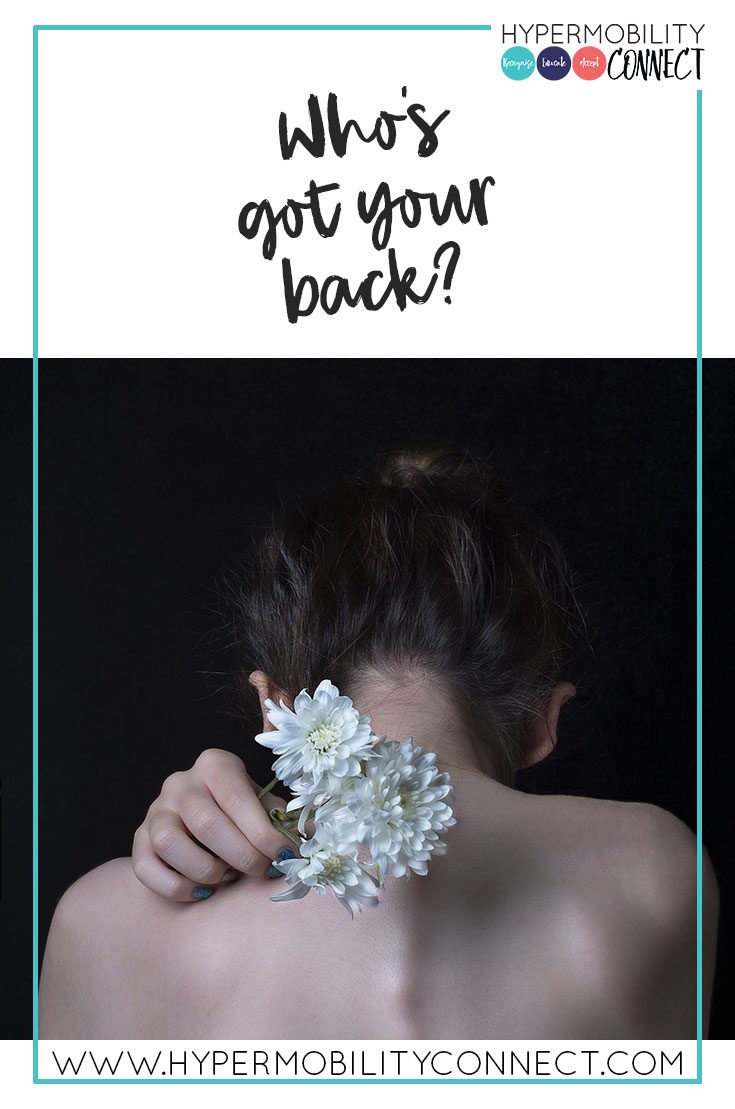 Scoliosis is a curvature of the spine. It can affect anyone but is more common in those living with Hypermobility disorders, such as Ehlers-Danlos or Marfan Syndrome. Most cases are mild and can be treated with exercise or bracing, but rarely, a small number of cases can only be treated surgically because the curve is severe and keeps progressing.

The surgical procedure is called a Spinal Fusion and is a significant operation. The aim is to straighten the spine by inserting two rods on either side, along with numerous bolts, hooks and screws. If severe scoliosis is left untreated, it can start having an impact on a person’s health because the curve presses into the internal organs. The sooner it’s picked up, the easier it should be to treat. So if you suspect scoliosis, see your doctor promptly. Signs usually include unexplained backache, a visible “hump”, and/or twisted achy hips.

My scoliosis journey began when I suddenly started experiencing backache at 13 years old. I saw my doctor about it on a few occasions, but he told us it was nothing to worry about. The backache persisted though, and one night my Dad took me to A&E because it was so painful that it hurt to breathe. The doctor who examined me told us I had a curved spine, gave me some painkillers and sent us home.

I didn’t know what he had meant by a “curved spine” as I’d never heard of it before, so I didn’t worry too much about it. I eventually ended up being referred to a Spinal Specialist who examined my back and took some X-rays before telling us I had scoliosis. He explained what it was and told me I had an aggressive double curve going from top to bottom which would need operating on, but at only 13 years old, I was considered too young for spinal surgery.

However, my Scoliosis had already progressed to a dangerous level and was starting to affect my breathing, so there was no other option but to book me in for a spinal fusion. It was a terrifying prospect to be facing, but I tried to accept it without making a fuss, and before I knew it I was on my way to theater at 7am one morning, 3 months before my 14th birthday. The operation was about nine hours long, so once it was over, my family were relieved to hear everything had gone smoothly. I later found out that it had been a success concerning the straightening of my spine, which I was relieved about as I had developed quite a visible hump before surgery.

I was discharged from hospital five weeks after my spinal fusion, but the recovery process was only just beginning. I spent the next six months lying down at home because I could only sit upright for short periods. It was a horribly long and tough journey, and at the time I honestly thought I was never going to get over it.

Eventually, I did find my feet again but I had to learn how to live life with rods in my spine. My movement was (and still is) limited due to the hardware, and it took me some time to adjust. I started getting used to my “new normal” after a while, and I hoped I wouldn’t have to experience any more back problems ever again!

That was short lived. I have been quite unfortunate and have ended up with some hardware protrusion. The bolts and screws down my spine are sticking out more than they should, which now causes me a lot of chronic back/neck pain. It’s not something the doctors expected to happen as most people recover without ever experiencing any problems, but it CAN happen to an unlucky few and I seem to be one of them.

It’s not a pleasant way to live. In fact, it stops me from “living” to the best of my ability because I can’t really do anything that doesn’t aggravate my back pain/protruding hardware.


Have you had a spinal fusion? What has your experience been like?


Here’s a graphic photo which shows what I live with after spinal surgery. If you’re easily freaked out or queasy with medical things, perhaps don’t scroll any further! 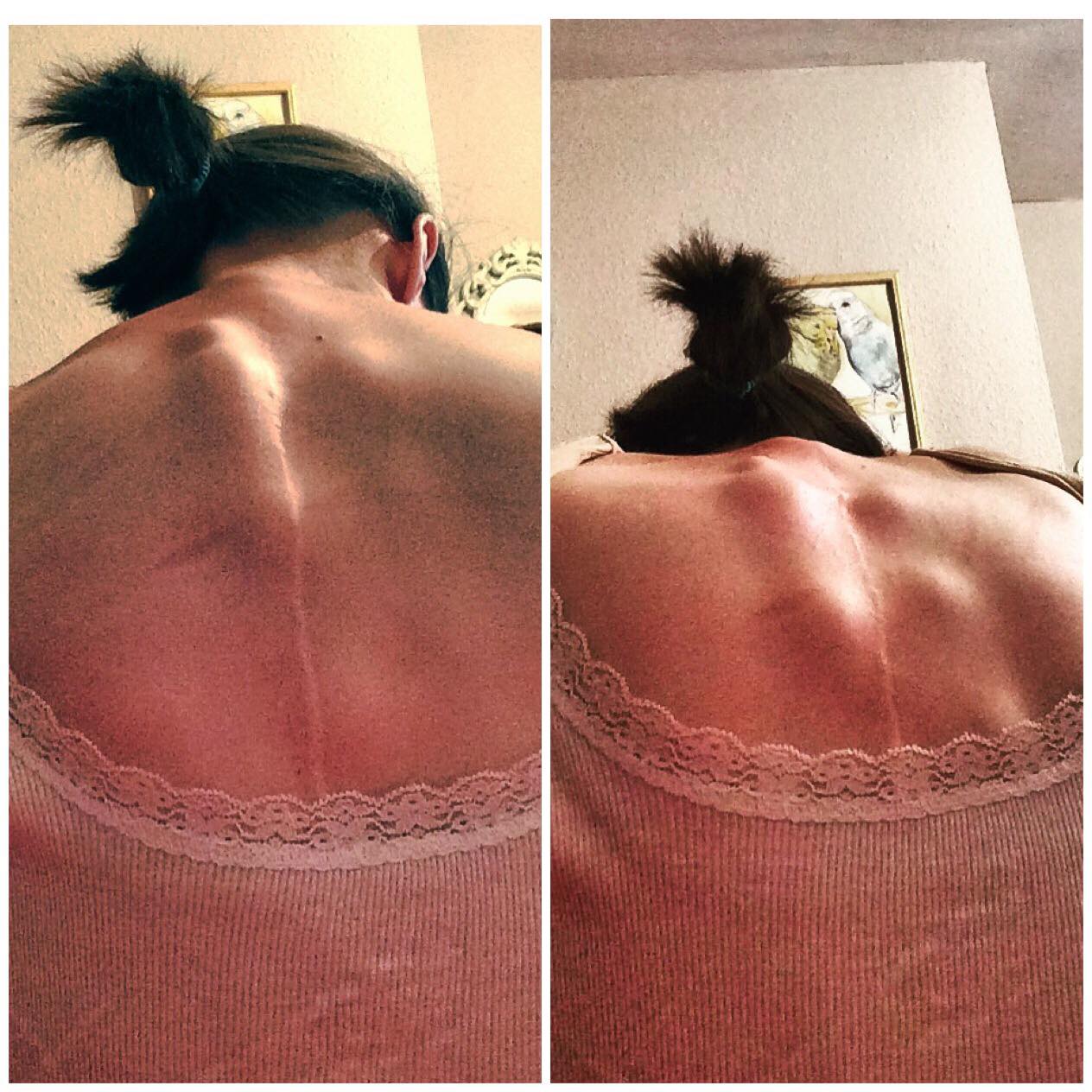 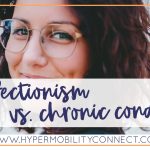 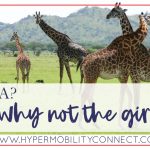 Zebra? Why not the giraffe?Disability Awareness, Medical Experiences
Loading Comments...